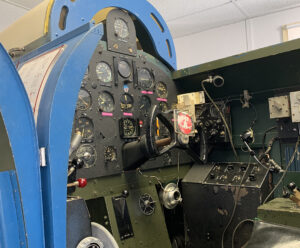 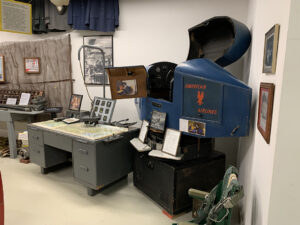 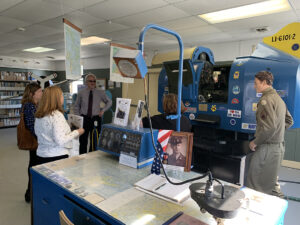 The term Link Trainer, also known as the “Blue box” and “Pilot Trainer” is commonly used to refer to a series of flight simulators produced between the early 1930s and early 1950s by Link Aviation Devices, founded and headed by Ed Link, based on technology he pioneered in 1929 at his family’s business in Binghamton, New York. During World War II, they were used as a key pilot training aid by almost every combatant nation.

The original Link Trainer was created in 1929 out of the need for a safe way to teach new pilots how to fly by instruments. Ed Link used his knowledge of pumps, valves and bellows gained at his father’s Link Piano and Organ Company to create a flight simulator that responded to the pilot’s controls and gave an accurate reading on the included instruments.

More than 500,000 US pilots were trained on Link simulators, as were pilots of nations as diverse as Australia, Canada, Germany, New Zealand, United Kingdom, Israel, Japan, Pakistan, and the USSR. Following WWII, Air Marshall Robert Leckie (wartime RAF Chief of Staff) said “The Luftwaffe met its Waterloo on all the training fields of the free world where there was a battery of Link Trainers”.

Click the graphic below to view the Telly Award-Winning Link Trainer Video: 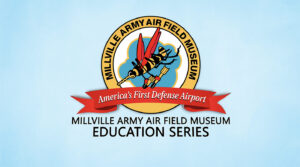